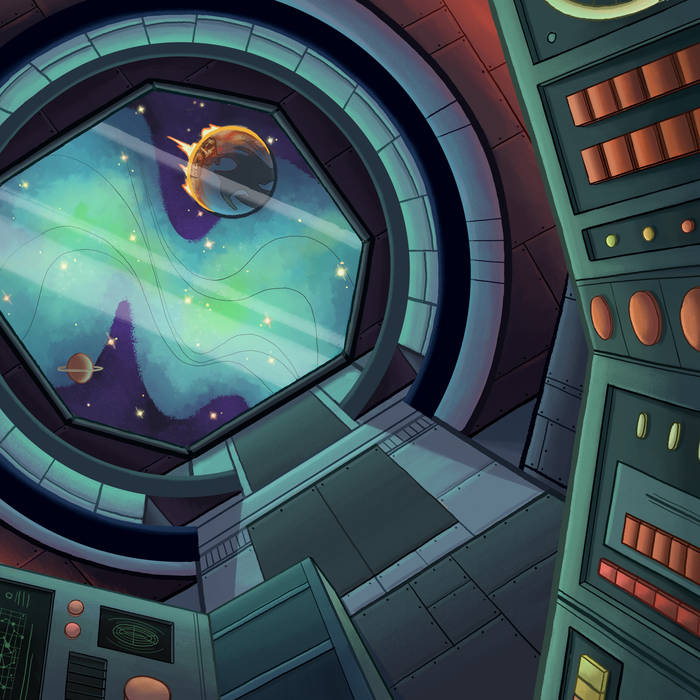 domier.fructis This album feels like you just pulled up at the beach to watch the sunset with a honey except the beach is a distant, unexplored planet and the sunset is a neon meteor shower but the honey is still a honey. Favorite track: Space Vacation.

The Los Angeles duo known as Penthouse Penthouse are on the verge of releasing a new album, joining Alpha Pup Records for the launch of the Cruise Control LP on February 9, 2018. The nine-track full-length will land on CD, vinyl, and digital prints worldwide, ushering in the follow up to the Bobby Saint featured Upload EP from June of 2016 and a plethora of tracks mapped out through SoundCloud since. Mike Parvizi and Preston Walker have built an incredible community under Penthouse Penthouse, and the collective known as TeamSupreme, working with many notable artists in the LA region and spreading their works all over the world. Cruise Control is a valiant stride for even more infectious and world appealing sounds from their camp, with mastering completed at the Cosmic Zoo by engineer Daddy Kev.

Cruise Control features singers and songwriters KingJet, Carla, Love Logiq, Marvel Alexander, Fox, and Tony Larchmont. Production and studio session collaborations include JNTHN STEIN (electric bass), Bahnseye (vibraphone), Goodnight Cody (electric bass, lapsteel, harp), and Zien Garcia (saxophone). "In the body of the record," adds Penthouse Pentouse, "the different vocal features are impressions of different people experiencing the same sentiments. Namely love and heartbreak. All sides of it too, even seeing the humor in it, as Marvel achieves on "Babygirl". A lot of Tony Larchmont's writing and delivery dance this weird line of comedic self depreciation. Tony is a real-life crooner and his style added a lot to the narrative of the record. When we told him about the loose ideas of space themes and the narrative of a love story he really embraced it from a personal space, and wanted to create a character for this "film" we were working on."

Cruise Control gives fans and new listeners a record that connects various themes of escaping a doomed planet into space, supplanted with the heartbreak and reprise of love in its various stages. With a heavily defined concept behind the songwriting, the backdrop of R&B, soul, electronic, and hip-hop is infused for something that is entirely their own. Songs were then treated with special hardware, utilizing a vintage Small Stone phaser pedal from the '70s that was routed through a majority of the albums instrumentation (drums, synths, bass, vocals). The '80s era LinnDrum drum machine was also used, as well as Mike Parvizi's vintage 1973 P-Bass, and the classic Juno 106. With most of the lead melodies stemming from a rare Italian synth from the '70s called the Jen Sx-1000, the album has vibes that stretch back decades, bridging the past into the future. All of these enhancements give Cruise Control a different feel from the normal stream of music hitting the pop sphere right now and add to the legacy of TeamSupreme's sense of songwriting and musicianship. Add in the experience they've cultivated as teachers of the Ableteon Software and you have the perfect ingredients for the evolution of modern music.

Penthouse Penthouse's Cruise Control is an album that is ultimately about the listener and their interoperation of the record's concept, packaging, and overall feel, citing The Beatles as a primary influence on this side. As Penthouse Penthouse explains, "We hope people really get lost in the imagery and the story, and try to piece together details on their own. The whole record is this narrative. Different perspectives of the same themes, and it ends with "Shipwrecked." Then the final track is simply the end credits, returning the listener to their surroundings, ending the temporary escape into the story. Packaging the record as a story like this is an idea we loosely took from the Beatles' Sgt. Pepper's album."

Grab Cruise Control on February, 9, 2018 via Alpha Pup Records, with a very special limited edition purple vinyl served up in a run of only 500 copies.

Bandcamp Daily  your guide to the world of Bandcamp